Our Hi-Pro Feed has been renamed Equine Plus® Feed. The ingredients and manufacturing process are the same, only the name has changed. 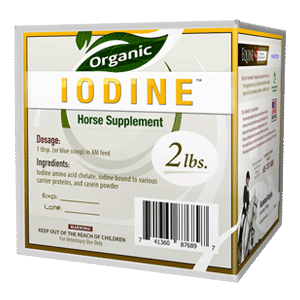 Instead of struggling to get your horse to eat cups of seaweed, or forms of iodine that harm healthy gut bacteria, add 1 tablespoon of Organic Iodine™ into daily feed.

This supplement is iodine bound to organic amino acids & small carrier proteins as Iodine amino acid chelates are the safest, most bioavailable and bio-mobile forms of nutritional iodine available in the world. It is also one of the few truly organic chemical forms of iodine that people know how to make.

Oral ingestion of inorganic salt forms of minerals (including iodine) often causes some toxic effect(s) in the body, which can make it difficult to experience the benefits of recommended higher dosages. All amino acid chelated mineral supplements are the least toxic & most absorbable forms, making them the best chemical forms of minerals for oral ingestion.

Good for horses where high amounts of arsenic can be found in the water supply (or detected in hair analysis results), EPM horses, and hypothyroid horses. Exposures to fire smoke, living near coal fire power plants, cities or highways with exhaust fumes, horses eating fertilized or irrigated hay, and in the southern U.S. area's which old cotton mills once stood. Iodine supplementation can provide unique benefits to horses with thyroid compromises, or low basal temps of 99.6°F or lower.

Arsenic opposes iodine in most every living thing. Too much arsenic can cause a deficiency of iodine or interfere with Iodine absorption and metabolism, even when a person is taking an iodine supplement to counteract it. Arsenic is one of the most common water pollutants we see today in ground water, and very difficult to remove. In the 1980s, the U.S. fundamentally increased the legal allowable limits in public water supplies right at the time public water sources were showing increasing arsenic levels.

Arsenic is often a by product of the mining industry and metals industry. It is legally being dumped into commercial fertilizers as are other hazardous wastes from industry. As arsenic continues to build up in soils and coming through our crops, it is also washing downstream and into the oceans’ continental shelves, where kelp and other sea vegetables, along with bottom feeder fish and shellfish are harvested. 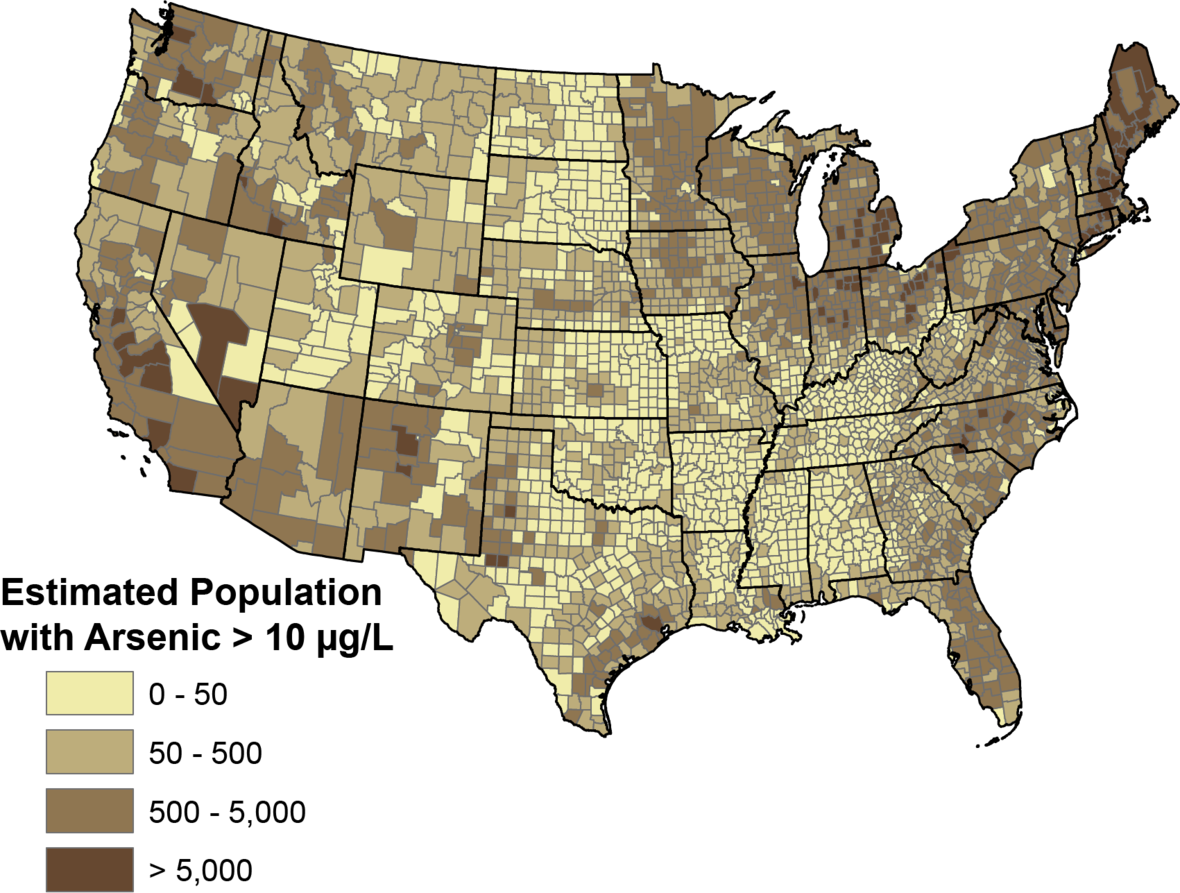 This map shows estimates of how many private domestic well users in each county may be drinking water with high levels of arsenic. An estimated 2.1 million people throughout the U.S. may be drinking domestic well water high in arsenic (USGS). If you live in one of these areas with high arsenic water problems, think about getting your home and/or barn water tested - and consider iodine supplementation.

Chlorinated, fluorinated and brominated water is also known to impair thyroid function, and can even damage almost any part of the whole endocrine system. Iodine supplementation can aid in the displacement of halogens within the body - which both helps drive out toxic build up and can restore thyroid function.

Health Compromises Which Can Be Helped by Organic Iodine™ Supplementation:

Only 15% of the total body stores of iodine are in the thyroid. The rest is used in the skin, genitals and other tissues of the body. Iodine deficiency is a big problem today for horses as more arsenic enters their food supply, water and even the air. Arsenic opposes iodine on the mineral wheel and in the living body, and it can cause iodine deficiencies through malabsorption.

It is not commonly known by the public, but often there is more arsenic than iodine in kelp and other seaweeds, and commercial companies will have to add potassium iodide to bring up the levels of iodine for sale as supplements. Unfortunately, the added potassium iodide is volatile and out-gases from the kelp over time. Arsenic does not out-gas from kelp however.

Bottom line: Use iodine supplements like potassium iodide or chelated iodine, not sea vegetables or kelp.

Arsenic is known to oppose iodine in mineral interactions just as calcium opposes phosphorus. Arsenic is another iodine mimic, however it's toxic. †1, †2

†2 The new study, published in the April issue of Environmental Health Perspectives, was prompted by the case of a 54-year-old woman who was seen at the UC Davis Occupational Medicine Clinic following a two-year history of worsening especial (hair loss), fatigue and memory loss. Sea Vegetables & Algae as an Alternative to Potassium Iodide

Iodine deficiency is associated with increased risk of some cancers which have thyroid hormone receptors, such as breast, thyroid and stomach (Verheesen et al, 2008), and most human health studies are reflective of equine health as well. It has known that iodine deficiency is associated with fibrocystic breast disease and breast cancer (James et al, 2008). Treatment of the fibrocystic breasts with iodine causes the fibrocystic turn into normal tissues (Ghent et al. 1993; Kessler 2004; Bezpalov et al., 2005). Iodine induces apoptosis in breast cancer cells at levels which are healthy for the body as a whole.

All of our situational supplements are designed to work quickly and safely; many are U.S. Patented. We use only USP Grade and amino acid chelated minerals. Micro-encapsulated probiotics ensure good digestion and fortify the immune system. We do not use fillers or binders, and all of our formulas contain 100% active ingredients. 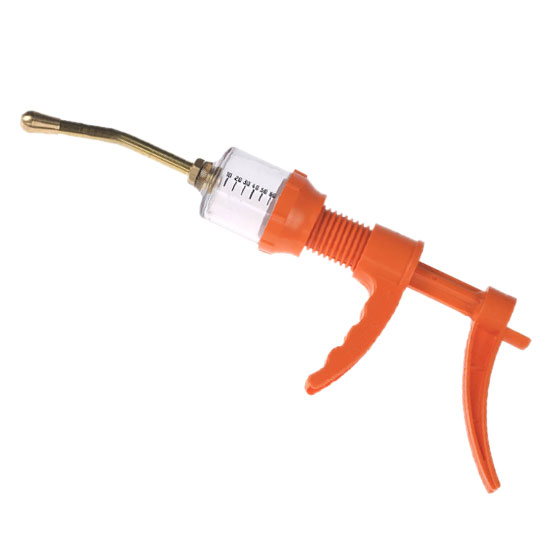 For decades, this has been the very best dosing gun for horses on the market. It's virtually indestructible and spill-proof. 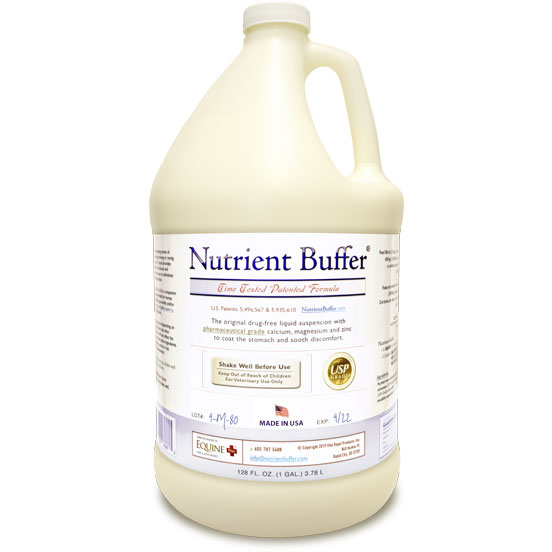 Neutralize stomach acid that can lead to ulcers with a unique ratio of minerals in a stabilized emulsion. 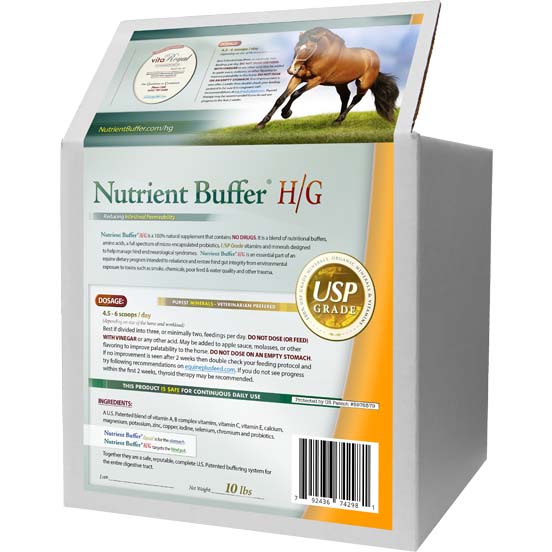 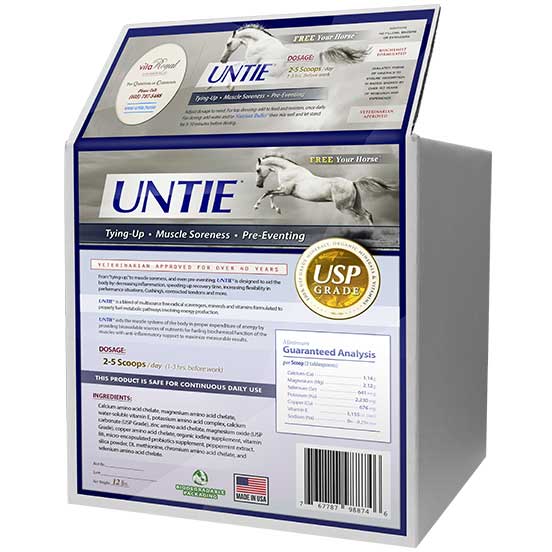 For soreness and inflammation of muscles, tendons & ligaments - can be used with all types of horses - for several different purposes. 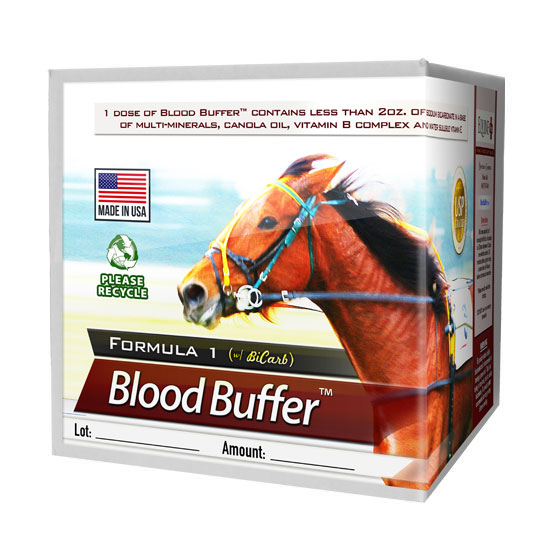 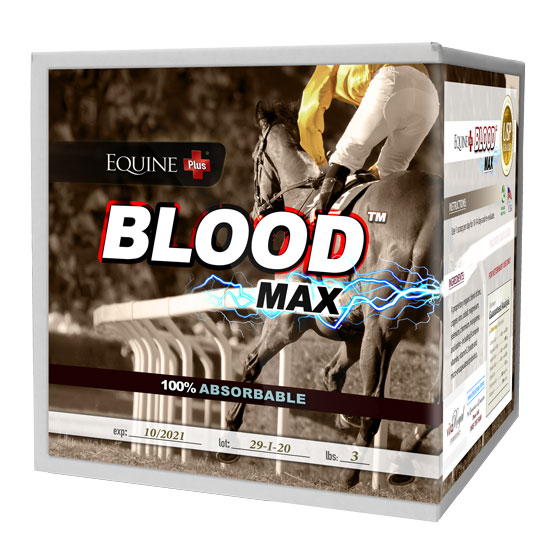 Sometimes, horses need additional adrenal support to finish as strong as they should. 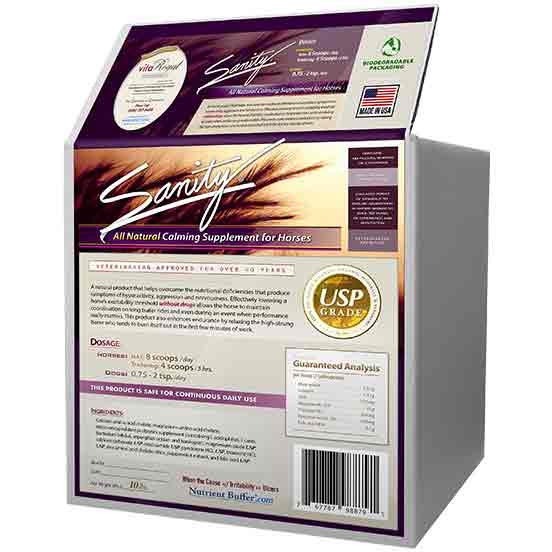 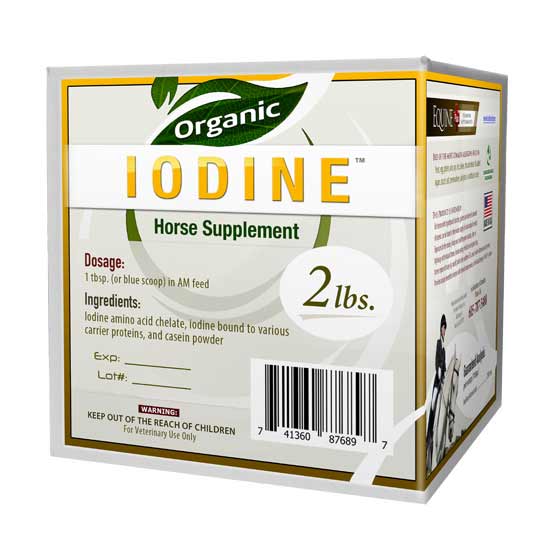 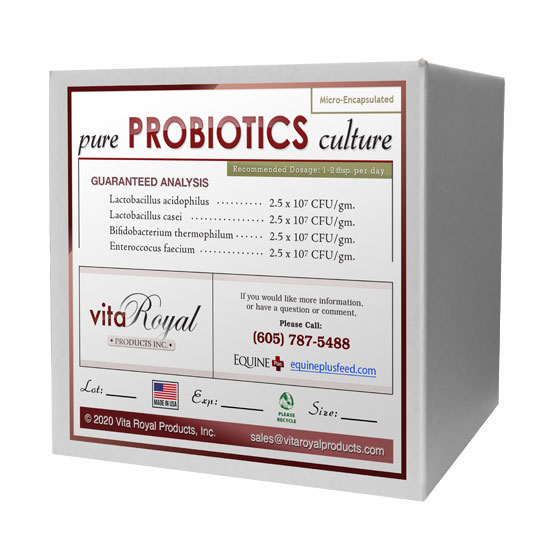 Micro-encapsulated probiotics are protected from digestive acids so they reach the intestinal tract in the best condition. 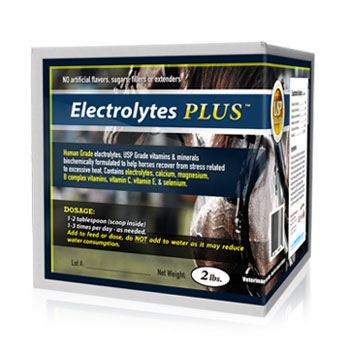 A superior pure electrolyte top dressing formula with no added sugar or flavorings. 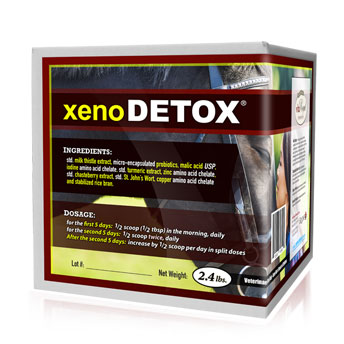 A herbal/mineral/probiotics combination that is known to aid in detoxification on many levels aiding restoration of normal biochemistry. 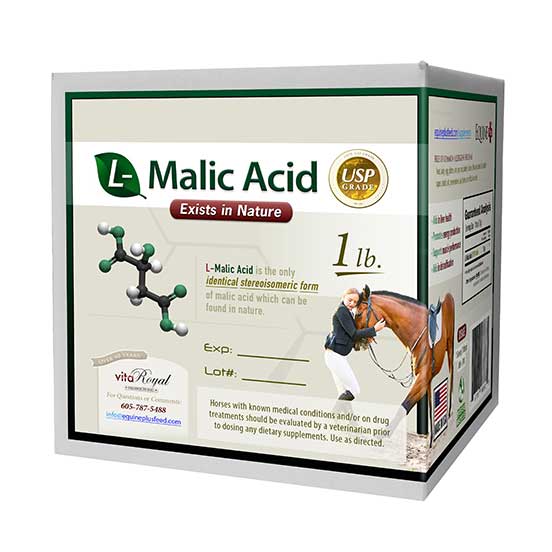 Our L-Malic Acid is the only natural stereoisomeric (non-synthetic) form of malic acid on Earth. It costs a little more than D-Malic Acid, but it works better. 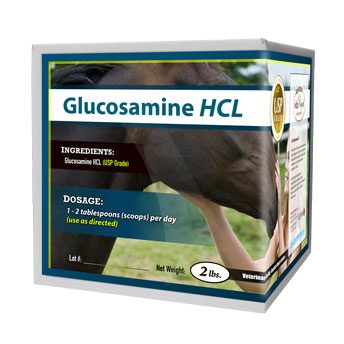 The purest, most affordable form of this well known joint supplement for horses.